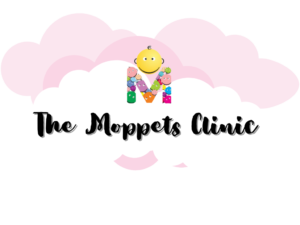 The most dreaded disease has finally arrived.  As much as we enjoy the monsoon, there is some lurking fear on the back of our minds that dengue might affect our children. As per the current stats, it has already spread in southern India and now is starting in northern India as well. With so much of media hype and constant news of fatalities in dengue,  it is understandable to have concerns regarding the disease.

So here I try to answer the common questions that you as a parent have regarding the disease and what can be done in case your child does develop dengue fever. In case you have any other doubts, please feel free to ask.

What Is Dengue Fever and how it is transmitted ?

Dengue ( pronounced as DEN-gee in English and Dengu in Hindi) fever is a tropical disease caused by four similar viruses spread by mosquitoes of the genus Aedes.

Therefore, people must try to protect themselves from all mosquito bites.

Where does the mosquito live/breed? 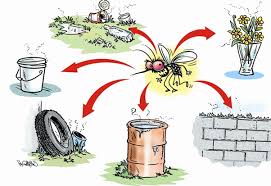 The mosquito rests indoors, in closets and other dark places. Outside, they rest where it is cool and shaded. The female mosquito lays her eggs in stored and exposed water collections (for e.g.: Barrels, drums, jars, pots, buckets, flower vases, plant saucers, tanks, discarded bottles, tins, tyres, water cooler, etc.). These eggs become adult in about 10 days.

Most cases of dengue fever are mild and go away on their own after about a week with supportive and symptomatic treatment. In some cases, dengue fever can lead to a more serious form of the disease called dengue hemorrhagic fever (DHF). DHF can be life-threatening and needs immediate hospitalization.

How long does dengue fever last? The dengue cycle

After being bitten, a person will not immediately show symptoms of dengue fever. Usually it takes around four to seven days before signs and symptoms occur. That time period is called the incubation period.

After the incubation period, the dengue cycle is divided into three phases that stays around 10 days, which are:

Critical phase: Not everyone who has dengue fever will experience this phase. This phase is marked by decreased body temperature of less than 38º C (i.e. when fever starts decreasing) and other complications. It usually starts between day four and day seven after infection. The symptoms are life-threatening and need immediate medical care.

Recovery phase: This phase starts after the critical phase. It usually takes around two to three days. The recovery phase is indicated by improving blood pressures. Some experience itchiness and a low heart rate; some also experience rash, reddish spots with or without skin protrusion followed by exfoliation of the skin.

What Are the Signs & Symptoms of Dengue Fever?

Symptoms in an infant may be difficult to recognize, and are similar to other common childhood infections.

Common signs and symptoms of the initial febrile phase of dengue fever include:

Dengue fever used to be called “breakbone fever,” which might give you an idea of the severe bone and muscle pain it sometimes can cause.

Who should be especially careful about dengue?

People living in and traveling to an endemic area (an area where dengue occurs regularly) during an epidemic are at increased risk of being infected with the virus. Persons who were previously infected with one or more types of dengue virus, who are very young or old, or who have a weak immune system are thought to be at greater risk for developing dengue hemorrhagic fever (i.e. complications).

How Is Dengue Fever Diagnosed?

The doctor will examine your child and evaluate the symptoms and investigate accordingly. Dengue is usually diagnosed by a simple blood test (for the virus/antigen – if within 5 days from the start of your symptoms or for antibodies – if greater than 5 days from the start of your symptoms. The turnaround time for conducting these tests there is typically around a day after receiving the sample.

How Is Dengue Fever Treated?

No specific treatment is available for dengue fever. (There is no antibiotic for treatment of dengue)

Mild cases are managed with lots of fluids to prevent dehydration and getting plenty of rest. Acetaminophen (Paracetamol) can ease the fever, headaches and pain associated with dengue fever. Pain relievers with aspirin or ibuprofen should be avoided, as they can make bleeding more likely.

Most cases of dengue fever go away within a week or two and won’t cause any lasting problems. If your child has severe symptoms of the disease, or if symptoms get worse in the first day or two after the fever goes away, seek immediate medical care. This could be an indication of DHF, which is a medical emergency.

If hospitalized, the child is given intravenous (IV) fluids and other symptomatic treatment. When started early, this is usually enough to effectively treat the disease. In more severe cases (sick dengue), advanced supportive care in a pediatric ICU might be required.

In all cases of dengue infection, efforts should be made to keep the infected person from being bitten by mosquitoes. This will help prevent the illness from spreading to others.

Any specific diet is recommended for a child having dengue fever?

There is no specific food or diet which helps in dengue fever.

Make sure your child drinks lots of water as inadequate liquid intake is the most common cause of complications in dengue (it is advised to consume at least 2 to 3 times the normal daily requirement) to prevent dehydration due to loss of fluids through vomiting and high fever. Coconut water is a good option to consume because it contains a lot of electrolytes and minerals.

Choose foods that are easy to swallow and digest, such as soft bland foods such as khichdi (daal rice mix), dalia (porridge) and other soft foods. Avoid fried and greasy food because they’re difficult to digest.

Increase Vitamin C intake because it helps to strengthen the immune system.

There is no scientifically backed role of papaya leaf extract or goat’s milk as against the common belief. Infact, both of these products have nauseating effect, which adds on to the already occurring nausea/vomiting due to the disease, thereby further decreasing the oral intake.

Is it possible for my child to be infected with dengue virus but have no symptoms?

Yes. As many as 50-75% of all dengue-infected children have no clinical signs or symptoms of the disease. Some infected kids might experience fever but their other symptoms are mild and non-specific, making it difficult to diagnose. If you any suspicion of your child having dengue, see your pediatrician.

Can children who are infected but have no symptoms spread the virus to mosquitoes?

It is possible for kids with no symptoms (asymptomatic) but infected with dengue virus to transmit the virus to mosquitoes who bite them, although the role of asymptomatic transmission in dengue-affected areas is still unclear.

Such risk makes it all the more important that everyone take steps against mosquitoes (e.g., eradicating mosquito breeding grounds, covering up exposed parts of the body, and using insect repellent) to avoid being bitten and infected in the first place.

It is possible for a pregnant woman who is infected with dengue virus to infect her unborn baby or her newborn baby at birth. It is especially important that pregnant mothers receive proper medical attention if infected with the dengue virus. Like everyone else, pregnant women should focus on avoiding becoming infected by covering up exposed areas of the body to avoid being bitten, and using repellent containing DEET, picaridin, IR3535, or oil of lemon eucalyptus, which are approved for pregnant women.

The risk of a mother passing the virus to her newborn through breastmilk is considered very low, and the health benefits of breastfeeding are much greater than the likelihood of spreading disease. Breastfeeding mothers should talk with their pediatrician about concerns or questions they have regarding breastfeeding and dengue risk.

If my child has gotten dengue fever once, can he/she get it again?

Yes. There are four major types of dengue viruses (DENV 1, DENV 2, DENV 3, and DENV 4). Having dengue fever with one type of dengue virus will not protect your child from the other three types.

Do children who have contracted dengue fever need to be quarantined/isolated?

Dengue fever cases do NOT require quarantine, because dengue fever is not spread from person to person. However, children infected with dengue must be careful to avoid mosquitoes.

The most effective way to prevent future cases is to get rid of mosquitoes which might bite them and then spread the virus to other uninfected persons.

Is there a vaccine available for protection against dengue?

A vaccine to prevent dengue is almost ready for human use (not yet available in India) for people ages 9-45 years old. The World Health Organization recommends that the vaccine only be given to persons with confirmed prior dengue virus infection. The people who receive the vaccine and have not been previously infected with a dengue virus may be at risk of developing severe dengue if they get dengue after being vaccinated (because it acts like secondary infection).  So please get yourself tested for previous dengue infection in case planning to get vaccinated.

Is there any role of platelets transfusion?

Unnecessary platelet transfusions carry health risks and should be avoided.

Can we prevent dengue?

Yes we can. It is important to take control measures to eliminate the mosquitoes and their breeding places. However, the efforts should be intensified before the transmission season (during and after the rainy season) and at the time of the epidemic.

How to PREVENT MOSQUITO BITES?

Dengue mosquitoes bite during the daytime.